In a Hurry Until the End In 2000, my Uncle Terry was diagnosed with glioblastoma– the same form of brain cancer that struck U.S. Sen. John McCain, who passed away a few weeks ago. While yes, there are treatments for this deadly cancer, I also remember that there wasn’t much that could be done for my uncle. It ultimately came down to a choice, between investing his time in treatments or investing his time in living. He chose to invest his time living life, while he was still well. There was a trip to Paris, a trip home to visit family, and the small moments in between. But very sadly, there just wasn’t much time left. In the end, he survived about six months. He was only 53 when he died.

There has been so much written recently about John McCain’s life and death, and as I was skimming articles, this one jumped out at me for a big reason. It was about how McCain invested his time after his diagnosis. I’ve always envisioned this war hero to be a man of action, and not someone who sits around. But after his diagnosis, there was a new sense of urgency and legacy. McCain accomplished, in one year, four milestones that for most of us, would take a lifetime.

He planned an elaborate funeral. He wrote a major book. He created an HBO documentary. He got a nagging item off the honey-do list – clearing out an overgrown section of his property.

When you invest time wisely, the returns are priceless. @amyfranko

I’m reminded about just how much time and energy I invest – (scratch that) – spend – on things that really don’t matter in the end. Case in point… I was surfing (useless) social media for about 20 minutes before I focused myself enough to write this post. And while 20 minutes might seem small, string enough of those 20-minute increments together in a day, a week, a month, and it takes on more significance.

We worry endlessly about things that never actually happen, we try to read people’s minds, we work on projects that aren’t really mission critical to our purpose, we compare ourselves to others, we hold onto negativity, we allow toxic people to stay in our lives. All examples of time spent.

What if instead, we tried to let go of worry and control (the people that really know me are laughing out loud as they read that one), we asked people how they felt and really listened, we followed our passions and purpose with more consistency, we ran our own race, we let go of negativity a little more quickly, or we made very intentional choices about who we have around us? All examples of time invested, and where the returns are priceless.

An Idea to Move You Forward

Using a “legacy list” can help you invest your time wisely. No. 1: “What kind of person do I want to be?” @amyfranko

There’s a set of lists that I was introduced to a number of years ago, and I’ll share them with you. I like to think of them as legacy lists.

If one of them really stands out to you, you might start with that one as your action item.

I can only imagine that the knowledge of a finish line in the near future is a very raw and human driver. For someone like McCain, that knowledge was channeled into decisive and focused action. So, when the finish line of his life was crossed, his legacy items were checked off life’s to-do list. His overall life, but especially the last year, was an example of what we could also be capable of when we truly treat time for what it is… a non-renewable resource and gift.

For more on how leaders invest their time wisely, watch this short video. 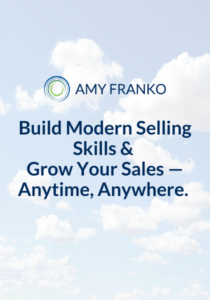